The Hobart Book Village Festival of Women Writers 2015 welcomes Linda Lowen, producer and co-host of the award-winning women’s issue talk show Women’s Voices. She has been a guest on ABC’s Good Morning, America, NPR’s Talk of the Nation, and WNYC’s The Brian Lehrer Show.

Linda Lowen joins the Festival this year to teach the class that every writer, whether they’re established or haven’t yet published, needs to take to build her platform—Blogging for Writers: Creating Content for the Online Environment. Lowen brings her expert knowledge from covering tech, the internet, and social media trends for MSN, as well as establishing About.com Women’s Issues as the internet’s top-ranked site under the search term “women’s issues” on every major search engine when she served as editor, writer, and content producer for the New York Times Company.

A freelance writer for more than two decades, Lowen’s essay “Hillary Clinton, Everymother” was selected for the forthcoming book Love Her, Love Her Not: The Hillary Paradox, due out in November 2015 by She Writes Press. She is as well, the editor of the recently published Hopeful, Grateful, Strong, an anthology of cancer survivor stories. Her nonfiction story “Christmas Eve Service” was selected for Chicken Soup for the Soul: Volunteering and Giving Back. Find out more at http://lindalowen.com. 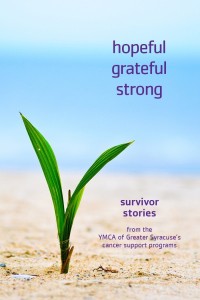 Nikolopoulos: At the Festival, you will be teaching the class Blogging for Writers: Creating Content for the Online Environment. How should writers approach blogging differently from article or book writing?

Lowen A blog is very different because, in many cases, your reader may not be familiar with your work or even know who you are. They may have arrived on your site through various links, and once they land they judge you rather quickly, trying to decide whether it’s worth their time to read and stick around.

If you’re used to long-form writing, you may be surprised at how quickly the typical internet user makes her decision. The window for this engagement is 10 seconds. In 10 seconds you essentially have to win them over or at least intrigue and interest them enough so that they keep on reading. I actually have a page on my own website which discusses this phenomenon. Web users only read about 18% of what’s on the page. Most simply skim, and if they don’t like what they see, they click away. You’re always one button away from a bounce (which happens when someone leave your page, your blog or your website).

ARE YOU STILL READING THIS BLOGPOST? GOOD. KEEP READING

LL:In an article, the reader may be attracted by the headline, the subject matter, or the publication itself, so they have a reason to stick it out even if they’re not initially drawn to your words. And with a book, there’s already been some level of emotional commitment to engage with the work; either they’ve bought the book, borrowed it, or it’s been recommended, so they’re a lot open to finding things to like about your work.

There are many tips and tricks to optimizing your writing to be read online, and I’ll be going over those in my workshop.

Nikolopoulos: Much of your career has been focused on covering women’s issues, from politics to pop culture. How have women’s issues as a category changed in your two decades as a freelance writer? In what way would you like to see it change?

Lowen: We’ve seen a lot of shifts, both good and bad. Twenty years ago few of us could have envisioned a viable presidential candidate who was female, or a First Lady who was a woman of color. Back in 1995, those situations would have been characterized as pipe dreams rather than attainable outcomes. We also would not have foreseen a future in which two women could be legally married to each other–and have that union accepted in every state in the U.S.–or one in which a former male Olympic gold medalist would be accepted as a female and celebrated on the cover of a magazine like Vanity Fair.

But those are the headline-making stories, and they’re always going to be bigger and splashier than the quiet realities of women’s lives. And that’s the problem: many of those smaller, honest stories have been crowded out. These days, the conversation touches less on poverty, single mothers as heads of households, pay inequity, food insecurity, social issues that aren’t so sexy but that more accurately represent what ordinary women in this country face every single day.

Over the course of 15 years covering women’s issues, I’ve found that many of the voices raised against women have become downright vicious, and the vitriol is hard to stomach if you don’t have a thick skin. For a long time I was optimistic that the growth of the internet would level the playing field because words and thoughts in isolation don’t have gender; they simply exist at face value, and when access to a worldwide audience opened up for anyone who had an internet connection, I thought women could do at least as well as men. But from the technology industry to the gaming industry, we’ve seen how women have been shut out of many areas, or if they attempt to enter on equal footing, there are real threats made against them.

The greatest challenge most women’s issues-oriented sites face comes in the comments section. The internet is largely a place that protects anonymity, and when people can leave comments that they don’t have to personally be responsible and accountable for, the worst of human nature shows up.

Nikolopoulos: As the host of the weekly radio show Take Care, you discuss issues related to health and wellness. In what ways do you think writers need to be more cognizant of their health?

Lowen: Funny you should ask that. I’ve been going through some issues with my left arm tingling and going numb, but I had no pain. Turns out I’ve done some damage to my spine, and it’s happened over a long period of time because I don’t sit correctly at the computer, I don’t position my head to optimize my long-term spine health, and I spend too much time sitting down and don’t take regular breaks. Writing doesn’t seem like it’s a risky profession, but it can be if you don’t take care of yourself.

I'm the author of three historical novels that engage the lives and communities of culturally diverse characters. My novels are set among African American identified people in the mid-Atlantic region of the United States. I am a co-founder and co-organizer of The Hobart Festival of Women Writers. I am on the fiction faculty of Stonecoast MFA in Creative Writing at The University of Southern Maine. View all posts by Breena Clarke